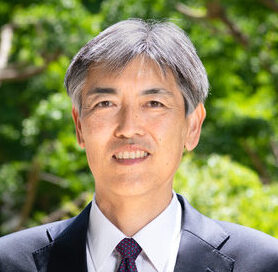 President Kohei Itoh graduated from Keio University and received his M. S. and Ph. D. in Engineering from University of California, Berkeley. He joined Keio University as a faculty member in 1995 and became a full professor in 2007. He served as Dean of Faculty and Graduate School of Science and Technology of Keio University between 2017 and 2019, and as the Chair of Keio AI and Advanced Programming Consortium between 2018 and 2021.

His main focus of research has been quantum computing, quantum sensing, and quantum physics, which led to more than 330 journal publications. He is one of 210 Council Members of Science Council of Japan representing ~870,000 scholars of the country to propose and advice academic and scientific policies in Japan, and has served on numerous executive boards including the Physical Society of Japan and the Japan Society of Applied Physics. He leads a variety of quantum information projects in Japan as the Research Supervisor of the Japan Science and Technology Agency’s “Quantum state control and functionalization project” for top young researchers, and the Program Director of Quantum Information Technology in the MEXT Quantum Leap Flagship Program for researchers representing the field.

He is a recipient of the Japan IBM Prize (2006) and the JSPS (Japan Society for the Promotion of Science) Prize (2009). He is also a founder of the IBM Quantum Computer Network Hub at Keio University.