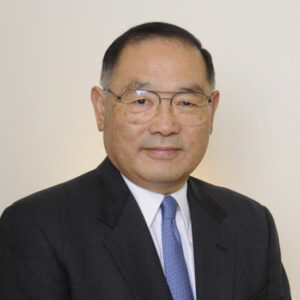 Co-Chair of the SVJP Executive Committee

Dr. Daniel I. Okimoto is Co-Chairman of the Silicon Valley Japan Platform. He is Professor Emeritus, Department of Political Science at Stanford University. In 1978, Professor Okimoto co-founded the Walter H. Shorenstein Asia/Pacific Research Center at Stanford University, a leading center for scholarly research, public policy analysis, and policy outreach, where he served as the Director for more than ten years. He has been Vice-Chairman of the Japan Committee of the National Research Council at the National Academy of Sciences, and a member of the Advisory Council of the Department of Politics at Princeton University. In 2004, Professor Okimoto received the Japanese Foreign Minister’s Commendation, recognizing his contributions to US-Japan relations during the 150th year celebration of bilateral relations. In 2007, he was awarded the “Order of the Rising Sun with Goldray Neck Ribbon” by Prime Minister Shinzo Abe and the Japanese government. In 2009, Professor Okimoto was chosen for “The Lifetime Achievement Award” by the Keizai Society of Silicon Valley. In 2013, President Barack Obama appointed Professor Okimoto as one of twenty-six distinguished scholars who have been selected to serve as members of the National Council of the Humanities.