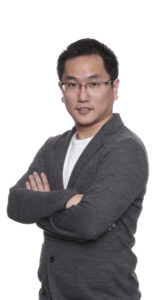 The Silicon Valley Japan Platform hosted a Benkyokai webinar featuring Mr. Shinji “Sandy” Kimura, Chief Strategy Officer of Rakuten USA, Inc. and Executive Officer of Rakuten, Inc. Mr. Shinji Kumura shared Rakuten’s “PMI” (Post Merger Integration) and how Rakuten has expanded its presence internationally with the innovation and entrepreneurship that has driven its business since its founding in 1997 in Japan.  What started as an online marketplace with only six employees, one server and 13 merchants has matured into a portfolio of more than 70 businesses with 1.2 billion members worldwide.  Dr. Emily Murase, Director of the San Francisco Department on the Status of Women, moderated the discussion.

Shinji “Sandy” Kimura has over 15 years of experience in the IT industry, from software development and operations to corporate finance working in three countries, Japan, Germany and the U.S.  Currently, as the Chief Strategy Officer of Rakuten USA, Inc., Mr. Kimura focuses on expansion within the U.S. of Rakuten’s e-commerce, logistics, ebook, advertising, and media sectors.  Mr. Kimura is based in Silicon Valley with his wife, two children and a Chihuahua dog.  He loves impulse buys especially when it comes to gadgets.