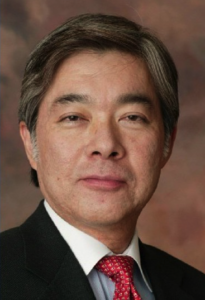 The Silicon Valley Japan Platform hosted its first Benkyokai webinar. It discussed the effects of the Covid-19 pandemic on the upcoming U.S. presidential election and its impact on U.S.-Japan relations. Mr. Glen S. Fukushima, Senior Fellow at the Center for American Progress in Washington, D.C., shared his expertise as the featured speaker. Mr. Masa Kabayama moderated the discussion.

Glen S. Fukushima is a Senior Fellow at the Center for American Progress in Washington, D.C. Until 2012, he was based in Tokyo as a senior business executive with one European and several American multinational corporations and was elected President of the American Chamber of Commerce in Japan. Previously, he served in Washington, D.C. as Director for Japanese Affairs (1985-1988) and Deputy Assistant United States Trade Representative for Japan and China (1988-1990) at the Office of the United States Trade Representative (USTR).

He has served on numerous corporate boards and government advisory councils in the United States, Europe, and Japan. He is a member of the Council on Foreign Relations, on the Board of the Japanese American National Museum and the U.S.-Japan Council, and a member of the Global Council of the Asia Society.

From 2000-2004, he was President and CEO of the Japan operations of Cadence Design Systems, a Silicon Valley software company. He is a member of the Director’s Circle of the San Francisco Museum of Modern Art and the Jade Circle of the Asian Art Museum in San Francisco.