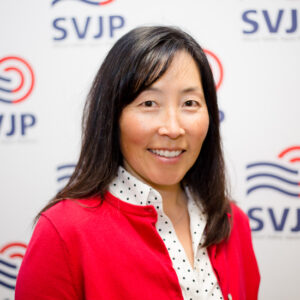 Yumi Hiroshima joined the Silicon Valley Japan Platform in December 2015. She is currently the Director of Programs. Yumi resides in Silicon Valley and worked for the Walter H. Shorenstein Asia-Pacific Research Center (APARC) at Stanford University for seven years. She began as an executive assistant to Professor Dan Okimoto, then Director of APARC, and was promoted to manage the Center’s public and private events as the Program Coordinator. She was then promoted to the Center’s Manager of Corporate Relations where she designed and implemented programs for corporate members. While raising her young children, Yumi has been serving as a volunteer Board member and fundraising chair for her children’s elementary school and preschool. Yumi graduated from the University of California, Davis with a B.A. in Economics. She spent a year in Chiba, Japan teaching English.