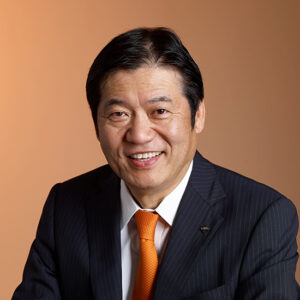 Senior Advisor, Lixil Group Corporation and Chairman of the Board of Directors, Oracle Corporation Japan

Yoshiaki Fujimori is a Senior Advisor to LIXIL Group Corporation, having earlier served as President and CEO between August 2011 and June 2016. He serves as an External Director of Tokyo Electric Power Company Holdings, Inc., Outside Director of Takeda Pharmaceutical Company Limited, and Board of Directors for Boston Scientific Corporation. Prior to joining LIXIL, he was Chairman, President and CEO of GE Japan and worked 25 years at GE, where he was Senior Vice President and CEO of various Asian and global business divisions. He started his career at Nissho Iwai Corporation (now Sojitz), where he worked for 10 years. He holds a bachelor’s degree in petroleum engineering from the University of Tokyo and an MBA from Carnegie Mellon Graduate School of Business, where he serves as a lifetime member of the Board of Trustees.